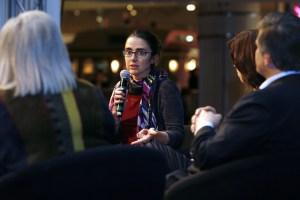 As a young priest Fr. Felipe often refrained from sharing his views with his parish, but one particular situation bothered him so much that he began to get headaches, lose sleep and be resentful of one family in the parish.

The family of a 7-year-old boy with severe cerebral palsy wanted him to receive First Communion with his peers even though he was too disabled to attend the class. Another family whose son was in the class made it clear they didn’t believe this was appropriate. Because that family was a leading financial contributor, the parish council president told the disabled boy’s family he could not be a part of the class.

Fr. Felipe felt angry when he heard this. He hadn’t been consulted and he didn’t agree. His own disabled sister came to church every week and was warmly embraced. Why was this any different? How could the church say they spread the love of Jesus if they excluded a child with a disability?

On the other hand, if he spoke up, powerful people might resist or even stop contributing much needed funding for the parish. In addition they might turn against him and he wouldn’t be as popular anymore. But if he gave in and suppressed his thoughts, he wouldn’t be spreading the true message of the gospels. What should he do?

Indecisiveness in a system can cause anxiety to spread. Fr. Felipe could see some value in both positions. If he didn’t clearly make one decision or another, other people in the parish would begin to feel the effects of anxiety as well.

People in leadership often face a challenging set of risks and benefits to weigh when deciding when and how to speak out. What triggers anxiety varies from leader to leader, but the same process can be used to evaluate when and how to respond.

2)      Weigh the benefits and risks carefully and re-evaluate if the situation continues.

3)      When you decide to take a decisive stand, speak your mind in a way that helps others to hear. Be clear and concise so people can truly understand what you are presenting. Be respectful. Don’t demand that others respond in a certain way. It is enough that you have spoken. Others do not need to agree. Simply speaking an opinion changes a system.

Fr. Felipe took a stand by preparing a series of homilies on disabilities and the love that Jesus showed to society’s outcasts. He talked about the mission of this parish.

Fr. Felipe met with the couple who was upset about including the boy in the First Communion service. He helped the father reflect on his theological concerns.

In addition, he encouraged the family of the boy with cerebral palsy to come more often, and to stay for the coffee hour, so people would get to know them. All of this led the parish as a whole to reflect on the issues at stake.

(To see the outcome take The Conogram for Clergy Course, Unit 3.)

Understanding when and how to speak your mind is important, but on its own, it is not enough. Truly hearing another persons’ perspective is equally important. Next week’s article “Hearing Others: What Happens When you Listen Deeply?” will explore this subject.