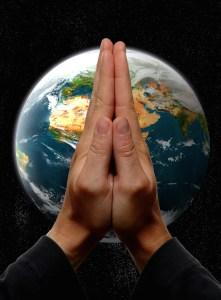 This new tool, the Congogram, is designed to help clergy and congregants in the ambitious task of changing the world at the intersection of the family and the congregation.

There is a powerful energy at the intersection of the congregation and the family. Sometimes clergy and congregants use that energy in destructive ways.  The clergy sexual abuse scandal and its cover-up in the Catholic Church is a prominent example.

Every day in congregations of all religions, people take other kinds of actions which are legal and common, but lead to harmful results. When a young person hears a sermon and begins to hate himself or herself due to what is seen as an “unacceptable” sexual orientation, that power is at work. When a congregation operates through accusations or intimidation or uses secret meetings to make decisions, that power is at work.

On the other hand, clergy and congregants sometimes use that same power to make sweeping positive reforms.

Martin Luther King Jr. used the power at the intersection of his own congregation, Ebenezer Baptist Church in Atlanta, the family systems of the members within the congregation, and his own family system to make changes that brought about the Civil Rights movement, and led to positive changes in society as a whole.

Every day in less dramatic ways, clergy and congregants use that power to quietly bring about vitally important changes. A child remembers a Sunday school lesson and stands up to a bully in the act of hurting a classmate on the playground. A businessperson takes to heart a lesson from the rabbi and resists pressure to increase profits at the expense of the poor.

At times clergy and congregants use the power at the intersection of the congregation and the family intentionally in positive or negative ways. Often its expression comes from a random mix of family systems at work over the history of a particular congregation.

Congograms can help every congregation to intentionally develop its full positive potential. It takes only one person to begin the process.

To learn about the Congogram and how to use it, I invite you to journey with me though this website.