Taking a Stand for Relational and Emotional Well-Being 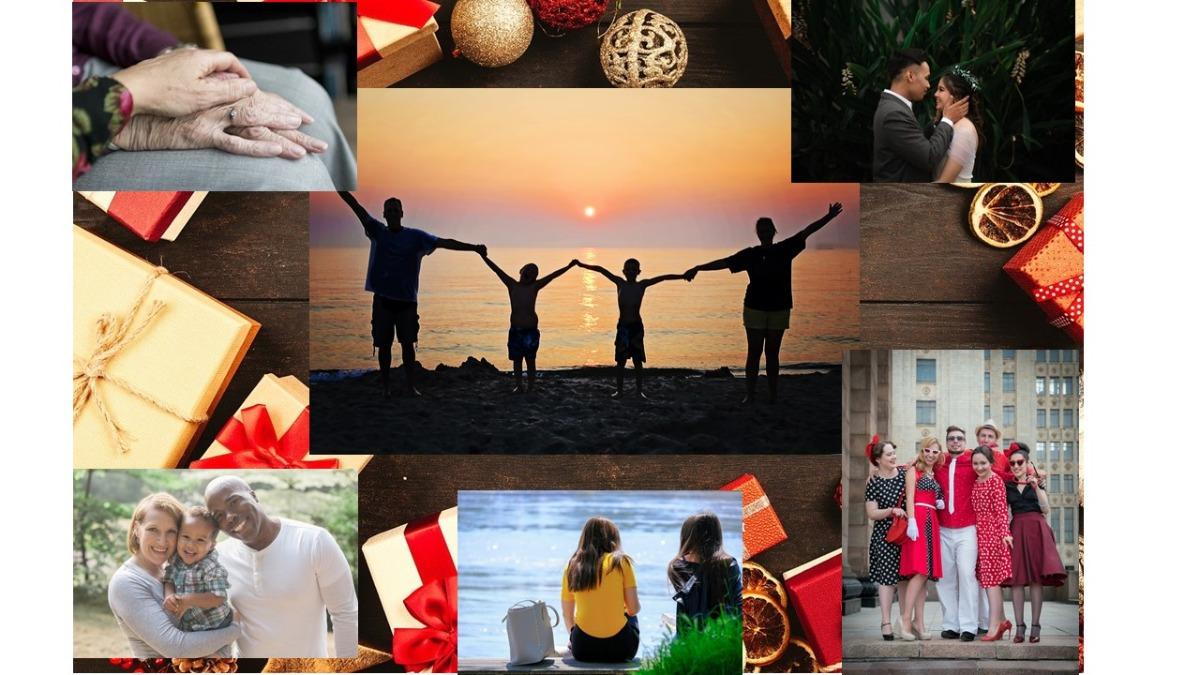 Holiday time brings relational challenges into the open that reverberate through the year. But these times also bring relational opportunity.

Give your family and friends the gift of healthy relational dynamics this year by reading and reflecting on typical relational patterns, then intentionally monitoring our own approach when you are with others.

We can’t change anyone else directly, but when we speak and interact differently, we can shift patterns in our family and community systems.

Have you ever taken a stand and then backed down almost immediately when someone questioned you? Or held to your position so firmly that you couldn’t hear valuable input?

Or coerced others to agree with you so you would feel more secure?

Taking a stand on an issue is one of the steps to navigating that fine balance between defining self and staying positively connected to family and friends. How we take a stand matters.

As I share a scene of one family navigating this shift to healthier relational dynamics, notice how it might connect to relationship patterns in your own life.

At 9 a.m. on this winter morning, Sabrina woke up determined to try something new, whether her parents approved or not. The night before, she had attended a bonfire at Coastal Church with some new friends.

She felt safe and comfortable speaking up and participating. When the group of high school youth brainstormed ideas for a five-minute holiday skit about reaching out to people in need, she had a flash of inspiration and shared an idea for a quirky character that brought the story to life, to the delight of her new friends.

Seeking approval from others for our actions and perspectives is one sign of inadequate self-differentiation. Yet at the same time, this group of young people helped Sabrina develop new skills and a sense of her own identity. Having a separate identity while being connected to a group is a sign of balanced, healthy self-differentiation.

Sabrina was able to use this connection to friends in order to become more independent with her family, instead of relying on family for a sense of connection.

At home, in the past, Sabrina wouldn’t have even bothered to ask her parents if she could do something like this. Until recently her father had been an active alcoholic. In order to avoid his rage, she complied with his demands, a response she had learned from her mother and grandmother. She shared her own perspectives cautiously and was ready to back down at any sign of aggression.

Examples of inadequate self-differentiation in the Angelo family included that the females would avoid conflict by going along with others even if it went against their values. Sabrina, her mother and grandmother did this. Examples also include that the males would not see others as individuals and would force their family member to believe and do what they thought was best. The father, Tomasso, and his own late-father did this. These two opposing but complementary characteristics of inadequate self-differentiation often go together in family systems, with one person using force and the other complying. If one changes, the system changes.

In the past, Sabrina would have stayed quiet and missed the event, telling her friends later that her parents wouldn’t let her go. On this day, she decided to face her father and tell him confidently of her plans. She didn’t want to anger him, so she spoke in a gentle tone of voice, and apologized for not knowing about it earlier while acknowledging his preference for planning ahead. She told him about how her new friends really liked her idea and thought she had some talent.

Her non-verbal approach, and her awareness of the difference in role between herself and her father, helped her to stay connected to her father while standing up to him. She intentionally did not push him away. (See “What Makes Healthy Conversation?”)

That morning she was able to use one of the characteristics of balanced self-differentiation, by speaking clearly, directly and respectfully, even when expecting others to disagree.

She completely did not anticipate his response and had to struggle to hold onto her own commitment after he spoke. To her surprise he didn’t say no, but what he said afterward challenged her self-differentiation.

Because her father, Tomasso, went into recovery six months ago and was working hard at improving his relationships, he was able to change his habitual response and use a somewhat more balanced approach.

He said, “Okay Sabrina, you can go as long as I go with you.”

“Go with me?” She tried to take this in. She had been prepared to argue about going at all. Now she had a choice. If she had focused completely on independence, she would have argued that he couldn’t go, or she would have refused to go if he went. If she wanted to go, she would need to keep this connection with her father and allow him to come and watch her.  She decided to balance her need for independence with his need for connection.

She gulped and said, “O.k. What time will you be ready to leave?” 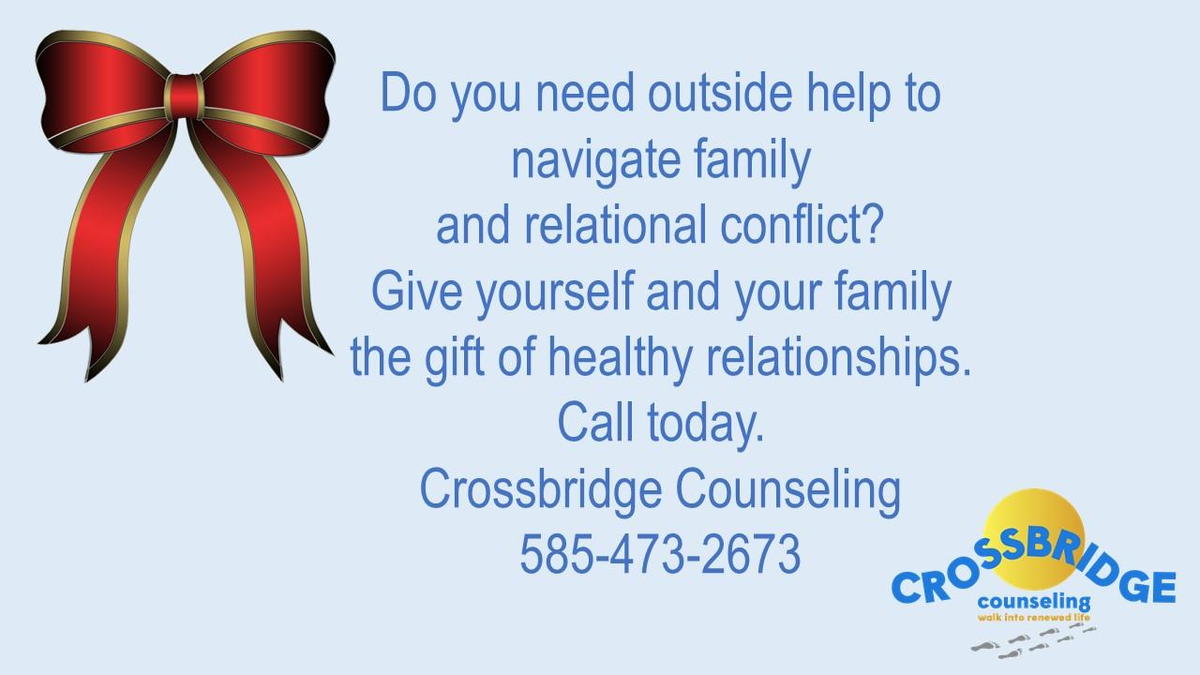 Connecting to Our Own Lives

For the Angelo family and in many other families and communities, relational change is a long-term investment with unpredictable responses and events along the way. When we make healthy changes, we aren’t always greeted with great joy and approval. When we change our approach, others can’t respond in the same ways they have in the past. Even when habitual patterns are unhealthy, the predictability can be comforting.

Sometimes changing patterns of interaction allows deeper issues to surface. At these times, some of us can benefit from outside help to navigate family and relational conflict. Call Crossbridge Counseling today if you could use some coaching or counseling support. Give yourself and your family the gift of healthy relationships this year.

After the holidays, this blog will move to Coastal church as we look at self-differentiation in communities, focusing on the sometimes challenging balance of independence versus communal connection in congregations.