How is Your Interpersonal Horizon? 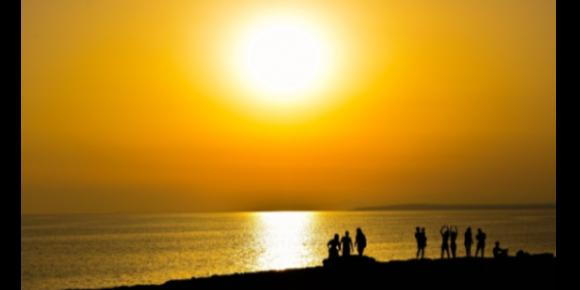 Similar to a cloudy day when there is no visible horizon, inadequate self-differentiation blurs or removes the line between self and others.

We have inadequate self-differentiation, meaning we blur the line between ourselves and others, when we:

We have balanced self-differentiation when we:

These scenes demonstrate some of the subtleties of discerning adequate from balanced self-differentiation.

In the previous article, we learned about Tomasso Angelo and his struggles with alcoholism and self-differentiation that were expressed in his name change. Tomasso exhibits his lack of self-differentiation by forcing others to believe what he thinks is best and to do things his way. Tomasso demands loyalty of his children, Sabrina and Guido, and does not allow them any chance to question him or express alternative perspectives.

One of the developmental tasks of teenagers is to develop their own identity apart from family. For teens from alcoholic family systems, this task is complex.

Guido, age 15, a freshman in high school, responds by rebelling, a sign of low self-differentiation. He can only be his own person by going against the values of his parents. He starts skipping school, smoking cigarettes and marijuana and drinking with friends.

As a young teen in an unhealthy family system, Guido is not able to increase his self-differentiation on his own. However, when other family members begin to increase their self-differentiation, Guido learns some new tools of facing the world by observing their actions. Then his own his rebellious behaviors begin to change. His older sister Sabrina is a positive influence on his development.

As a 16-year old sophomore in high school, Sabrina connects well with others. She is very attuned to others’ needs in part due to growing up with an alcoholic father. For most of her life, Sabrina sought acceptance and approval.

At home she complies, often grudgingly, but she does what she is told, even if it doesn’t feel right to her. She is much like her father with a high aptitude for leadership, but being a female in a male-dominated culture, she is not given the opportunity to develop these skills.

Expectations on her are lower because she is female from a male-dominated culture. At the same time, parental pressure to succeed is lower which allows her the space and freedom to learn how to succeed in her own way and make some healthy changes herself.

At school she has a teacher who has been an important mentor for her, and she has made a new group of friends who become role models who encourage her to try new things and stand up for herself.

Next week, Sabrina makes a decision to do something new without her family’s approval, but to tell them in advance, and then stick to her commitment. Join me next week as we explore the risks and benefits of increasing one’s self-differentiation through the life of 16-year old Sabrina.