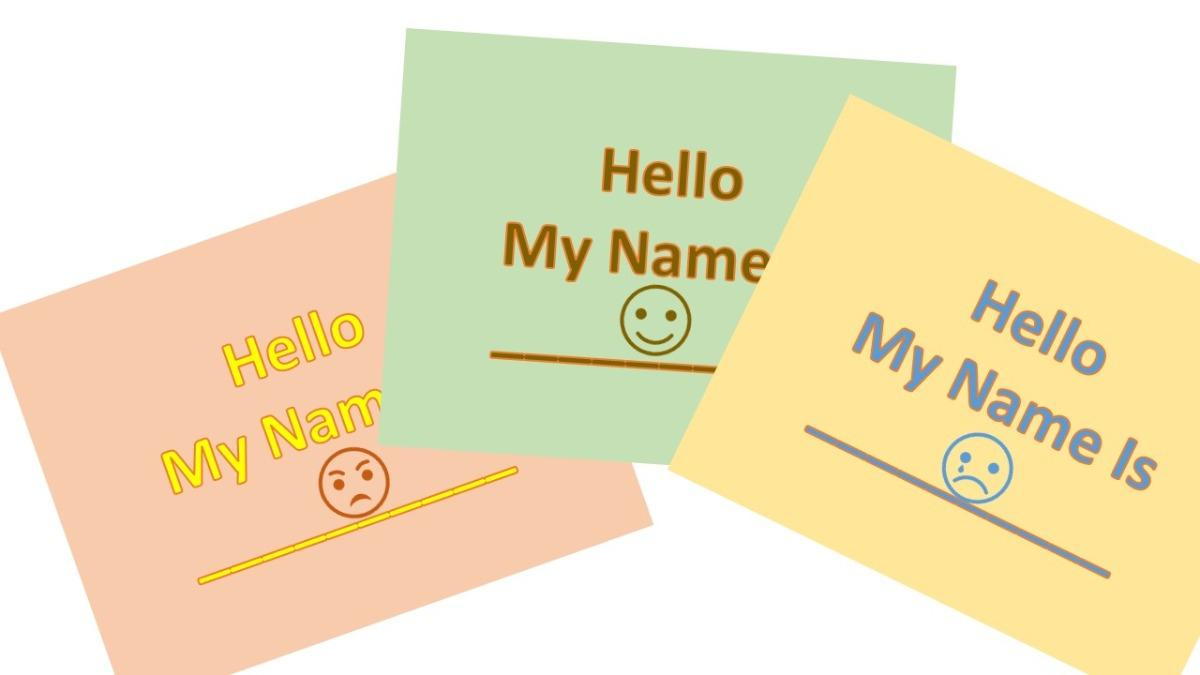 Names tell a story of individuality and connection. One character from our ongoing story, Tom Angelo sensed this in his gut when he asked people to stop calling him Tom and to use his birth name, Tomasso. The change affected his identity at a deep, unspoken level and helped him become the man he aspired to be.

We are named by our parents, who choose the names based on criteria that reflect a range of choices regarding autonomy/individuality and connection to family history. The name for this balance of individuality versus connection is self-differentiation. Our parent’s choices of names tie us to a particular balance of the elements of self-differentiation, even before we are born.

For some parents, names reflect themselves and their interests as a couple. In some cases, one parent cedes the choice to the other. Others choose names based on explicit or implicit family tradition, naming after themselves or key relatives or ancestors.

But naming doesn’t stop at birth. We take on nicknames that others choose for us, or choose our own nicknames. Some of us change last names with adoption, marriage, divorce or other circumstances. Some of us change first names to express a new or changing identity. The changes often aren’t easy for family who had a role in naming us.

Tomasso Angelo took the name Tom in elementary school to fit in with his peers in a small American town. As the years went on, the name also served to disconnect him from some of the intense expectations and drama of his extended Italian family.

Tom had let his wife call him Tomasso at home, until the death of his one-year old son Tomasso IV in a car accident 16 years earlier. After the death of this son, who he had expected to carry on his legacy, Tom began drinking heavily. Soon after, he completely pushed aside his birth name, even changing his own birth certificate.

Sixteen years later, Tom went into a treatment program for addiction and began to wrestle with his inner demons. Part of this process involved creating a healthier balance between his personal needs and identity, and his connection to family. In his Italian family, connection to others and following family expectation took precedence over individual thoughts and desires. But connection to family also encouraged him to follow the pattern of drinking heavily at family gatherings.

Family culture also expected him to take over leadership of the extended family after the death of his own father, Tomasso II, ten years ago, regardless of his inner grief and confusion. He lived up to family expectations outwardly with the help of alcohol, but inwardly he felt completely unworthy. He blamed himself for his son’s death. He had no sense of the family’s future after his heir died. None of the extended family rules of order and expectation made sense to him anymore, but he lived them out anyhow. What else could he do?

In those years, fully embracing the name Tom allowed him to hold onto the part of him that felt confused and separate while continuing to fulfill his role in the deeply intertwined system of connections. He imposed this same loyalty on his son Guido, and would not allow him any space to question the system.

In recovery, Tom began to explore how to make sense of his own self and identity, and take care of his own needs, while remaining connected to the extended family. He learned to participate in extended family functions without drinking, even though it went against expectations.

He began to realize that he could be Tomasso without abandoning his autonomy, and that his identity as Tomasso could bring out the best in him. As the child of Italian immigrants, healthy self-differentiation for Tomasso still involved a high level of connection to family and fulfilling family expectations, but he was able to understand and address his own needs as well.

People from a diversity of cultural and racial backgrounds will find healthy self-differentiation with a different balance of autonomy versus connection to others.

Join me next week to learn the signs of healthy versus blurred boundaries between self and others, and build your own balanced self-differentiation.

To engage in discussion related to this article, go to: Facebook or Twitter.
© 2019
Sign up for the Congremap newsletter on our Home page.
Edited by Johanna Bond