The Geometry of Power Dynamics in Family Conflict 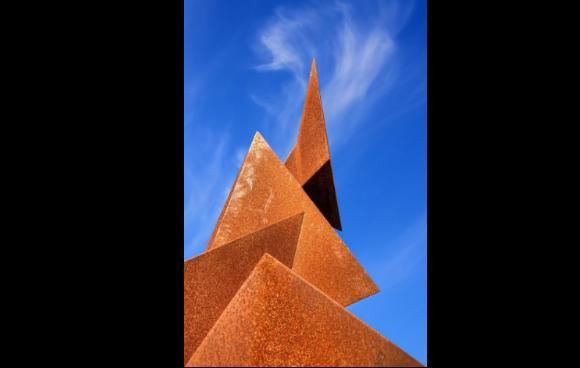 Here is the first part of a Weighted Triangle diagram for the Angelo family, introduced in earlier blogs. [Weathering A Family Storm, Identifying the Storm Clouds of Family Conflict, The Healing Side of the Family Triangle] 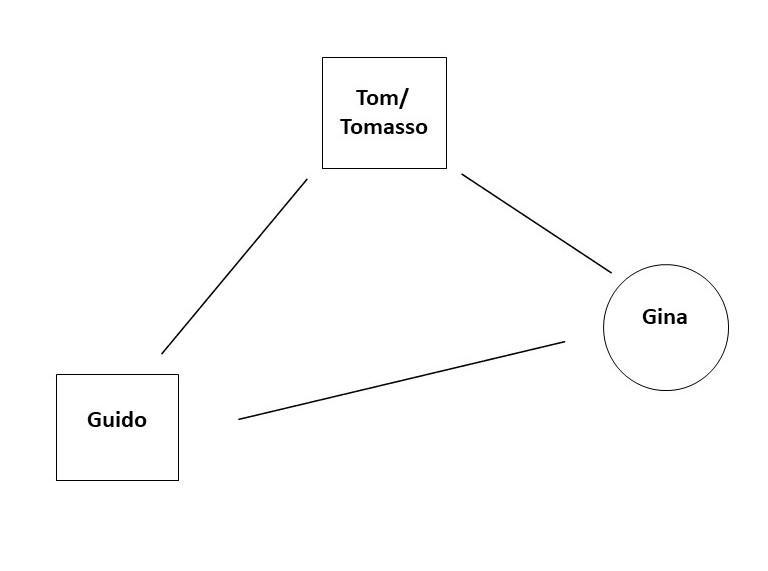 In this triangle, the angle for Tomasso is much larger than the angles representing his son, Guido, and wife, Gina. The larger angle shows the person with more power taking up more relational space.

The Weighted Triangle takes into account the relative power of each person in a three way interaction. Sometimes the power differential is large, sometimes much more subtle. Acknowledging the factors and degrees of power can guide us in managing these power dynamics in healthy ways.

In the case of the Angelo family, the father, Tom/Tomasso has a tremendous amount of power in relation to everyone else in the family. In an earlier blog, the family engaged in a high intensity, but mostly silent dinner table conflict. Tom is male, head of household, and head of extended family household. He sees himself as very powerful and others defer to him. If they don’t defer, he will use force.

Looking at the diagram, the point representing Tomasso stands apart. The term Weighted Triangle conveys that there is power concentrating more heavily on one point of the triangle. This is illustrated through the size of the angles and the length of the sides.

In addition, a more powerful person benefits from close connections. Therefore, a second aspect of diagramming power differentials in triangles involves the length of the sides in the triangle. The most powerful person is typically closer to a person on at least one side of the triangle. This is diagrammed by having a shorter line between the two people with the closer connection.  In the Angelo family there isn’t a big difference in the length of the sides.

Tomasso and his wife Gina are closely connected. Guido continually does things to push himself away from his father, but he can’t go far because he is dependent on his father. He connects with his father in primarily negative ways.

In the next diagram of the conflict between Guido and his sister, Sabrina, brother and sister are not closely connected. If they were to become more closely connected they would have more power in relation to their father. 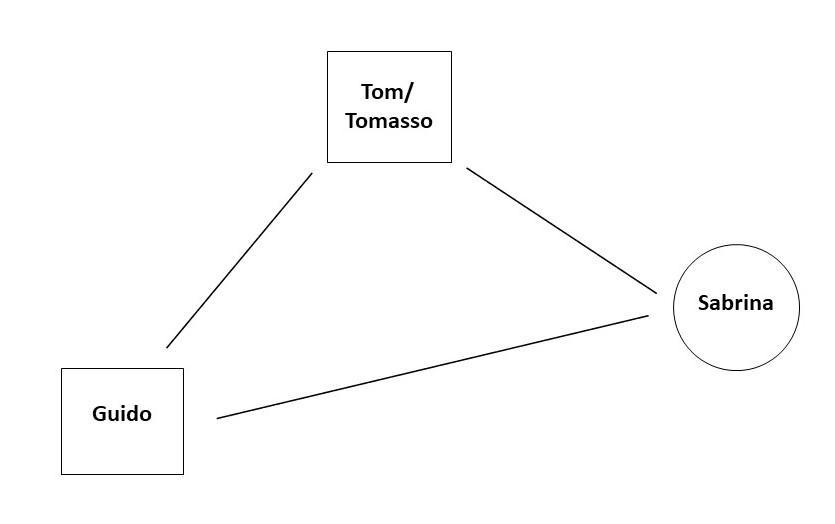 The next part of the Weighted Triangle is a description of interrelating power factors. These are placed in each corner of the triangle. 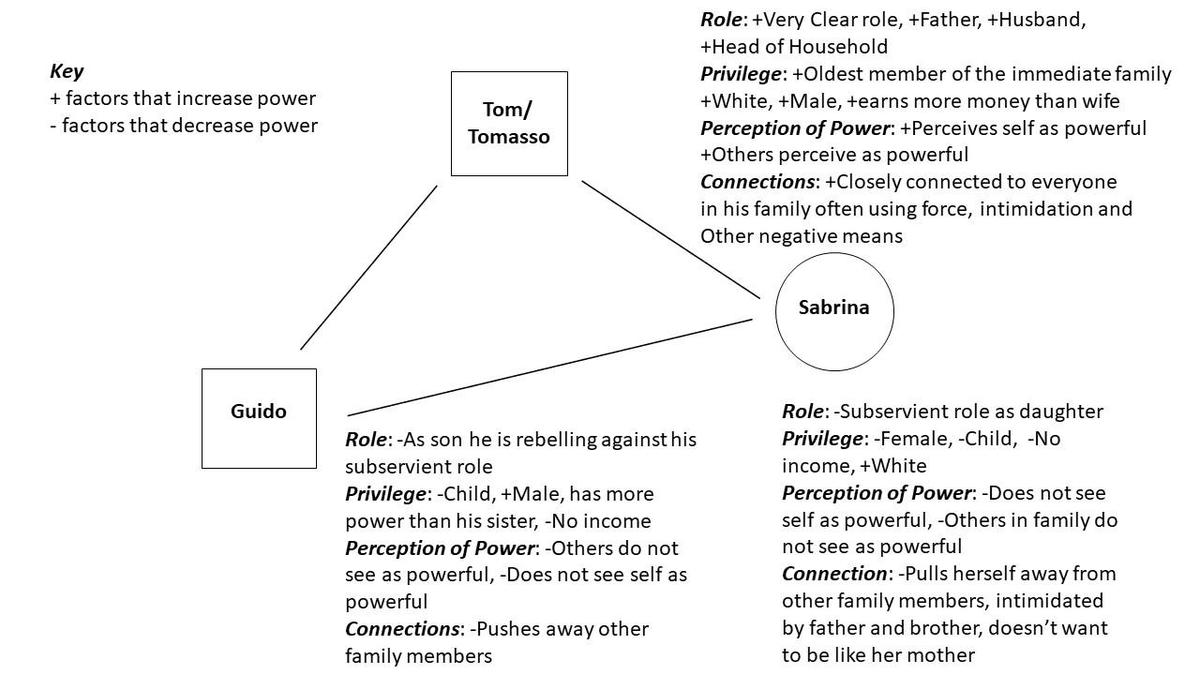 Four factors contribute to whether a person has power or not: role in system, privilege, perception of power, and connection. How much power each individual has depends on their own power factors and how each of these factors relates to and interacts with those of the other people in the family of system.

This includes the specific role a person plays in a system, as well as clarity of roles.  The more responsibility and decision making power a person has, the more power that person has. Are these roles clear to the person in power and those around, or not? Clearer roles tend to give more power, though unclear roles can leave room for other levels of power to enter in.

In the Angelo family, Tom used his son Guido for years to relieve his own anxiety regarding his own drinking and the direction he has chosen in his life. When Tom criticizes his son, he feels in control and has a sense that he can force Guido to make better choices than he did. This has temporality resolved Tomasso’s inner tension in the past, but it has always added to the tensions between family members. In addition it increases Tomasso’s internal anxiety over the long term.

Tom’s pressure on his son pushes Guido away from his father. Lately Guido has begun acting out in ways that concern Tom. Until tonight, this has led Tom to assert his authoritative role as the male head of household. He does this by becoming more critical and dictatorial with Guido. This increases his own sense of power.

Other people typically respond to this by seeing Tom as powerful and themselves as less powerful. Lately Guido has responded by increasing his insubordination and misconduct. This gives Guido somewhat more power because he is no longer adhering to his prescribed role in the system. His rebellion increases Guido’s own sense of power.

The way power factors interrelate matters. In this family diagram, race does not play a big factor, because all the members of the family are same race. In another situation it could play a big role. Gender plays a big role in this family, with males having more power, but this is balanced by the age factor. Adults have more power. The oldest adult has the most power even though he is only a few years older than his wife. This is in part due to age and in part due to gender. 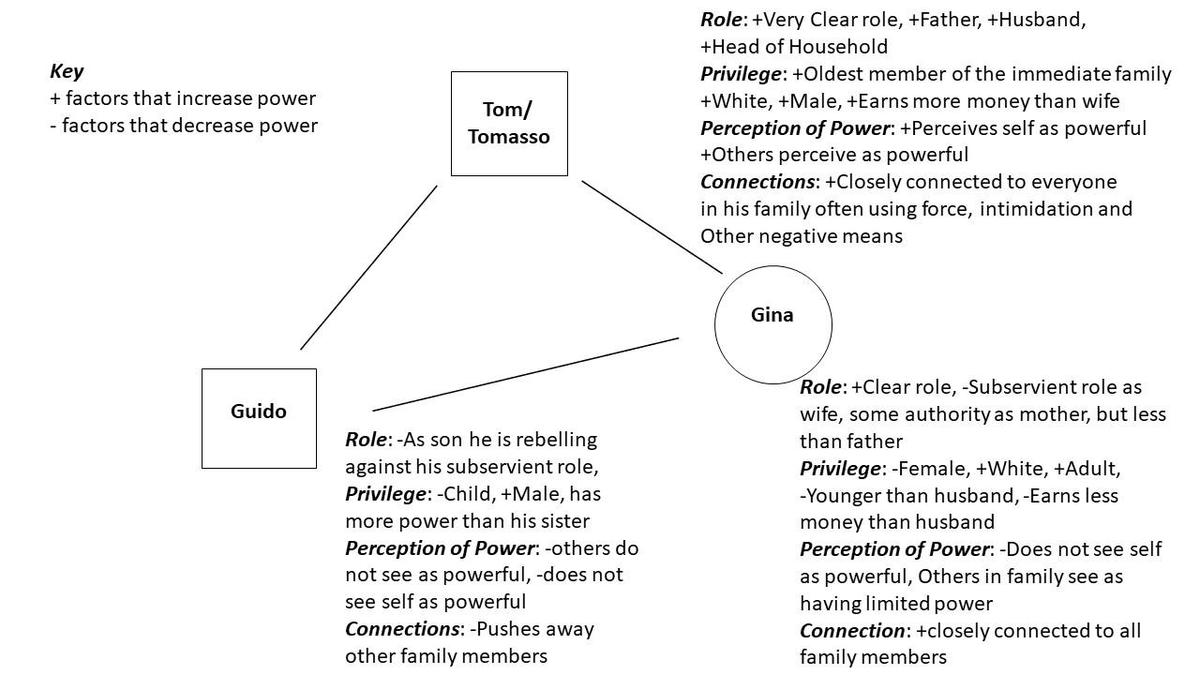 Though three way relationships between people are as common in human families and communities as clouds are in the sky, they are also complex. Like clouds, triangles can function in a variety of harmful and beneficial ways. The Storm Model of Family and Organizational Systems explains complex human relationship dynamics through diagrams and metaphors.

Look for more blogs in September. These weekly blogs on family and organizational systems will resume after Labor Day. Join us again at the fall.