How To Discern Power Dynamics in Your Relationships

Power dynamics in relationships are very common and can be complex. We often can’t avoid or remove them, but we can deepen authentic connection by understanding and managing those imbalances.

This tool will guide you in understanding and managing power dynamics in your relationships.

As with all diagramming tools, certain aspects may seem obvious, but as you start putting it all on paper, complexities and repeating patterns emerge that can expand your perceptions of what is taking place.

1. First think about a relationship in your life: at home, work or in your congregation. It may involve just you and one other person, or it may involve three or more people, or even an outside component such as money, illness, drugs or alcohol. (See “Avoiding Problems With the Embedded Triangle” for more detail.)

I’m thinking about this situation that took place a few years ago.

I was in the role of clergy person at a congregation. A male leader of an important ministry program in the church made comments to me about my appearance that felt uncomfortable, however the inappropriateness came more in tone of voice and other non-verbals rather than the actual words said. I found it easier to deflect or ignore the comments than to respond.

Soon after, a female congregant came to me to tell me that the same man had asked her out. She was not interested and had gently refused him, but he didn’t accept her response and kept approaching her at church, sitting near her and making what she described as suggestive comments. She was feeling uncomfortable coming to church and wanted help.

2. Write down the names of the people involved. If there are lots of people try to simplify it by category. If there are only two people, ask yourself whether anyone else is involved in absentia.

In my situation I write down:  Young woman.  Male lay-leader.  Rev. Lynn. The young woman came to me in my role as clergy to help, but I realized that I was not a neutral outsider because this same man had made me uncomfortable as well.

3. Ask yourself these questions:

Put three points on the paper to form a triangle, making a wider angle for the more powerful person or people and shorter sides for those who are more closely connected. Sometimes the proportions of the angles and sides will be clear, other times, less so.

Make the sides of the triangle roughly correspond.

In my situation the young woman clearly had the least power. Myself and the male lay leader had a lot of power. I probably had more power as a clergy person, but by attempting to sexualize the relationship, he was consciously or unconsciously trying to take power from me.  The young woman did not have a close connection with either myself or the lay leader. The male leader and I are more closely connected due to our leadership roles in the church.

Here is the basic diagram: 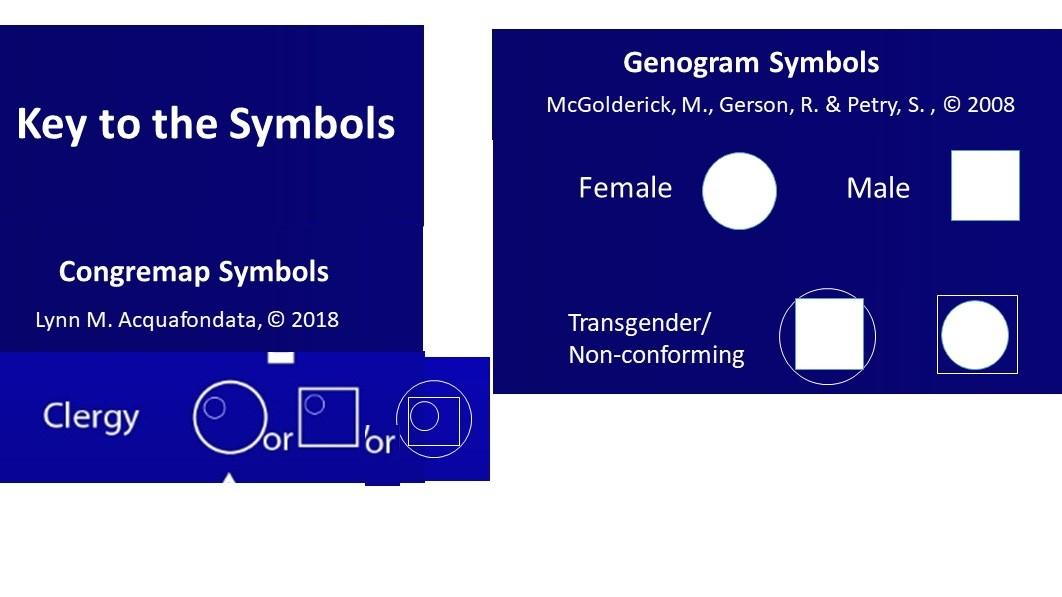 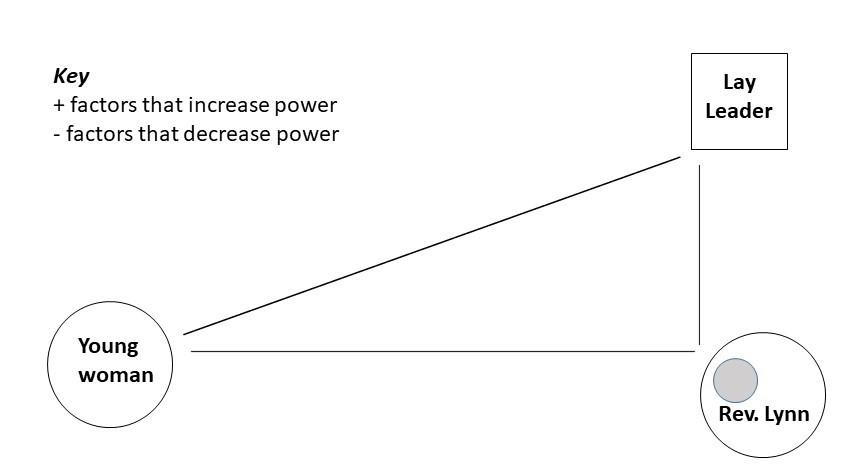 4. Make a list on each point of the triangle with these categories.

Role in system: includes the specific role a person plays in a system, as well as clarity of roles.  Clearer roles tend to give more power.

Perception of power: includes self-perception as well as others’ perceptions of one’s power.

Connection(s): includes the number, depth and quality of personal connections, as well as the level of power of a person’s connections within the system. See “Power Dynamics in Relational Triangles” for more detail.

What do the factors look like in your situation? In my situation I would include:

Role in system: -None.  -Newer member of church.- No leadership role

Connection(s): -Few. Just getting to know some other women in the church.

Connection(s): +Highly connected in the church.

Connection(s): +Highly connected in the church.

5. Examine the diagram, looking for patterns and interrelated parts of the systems. 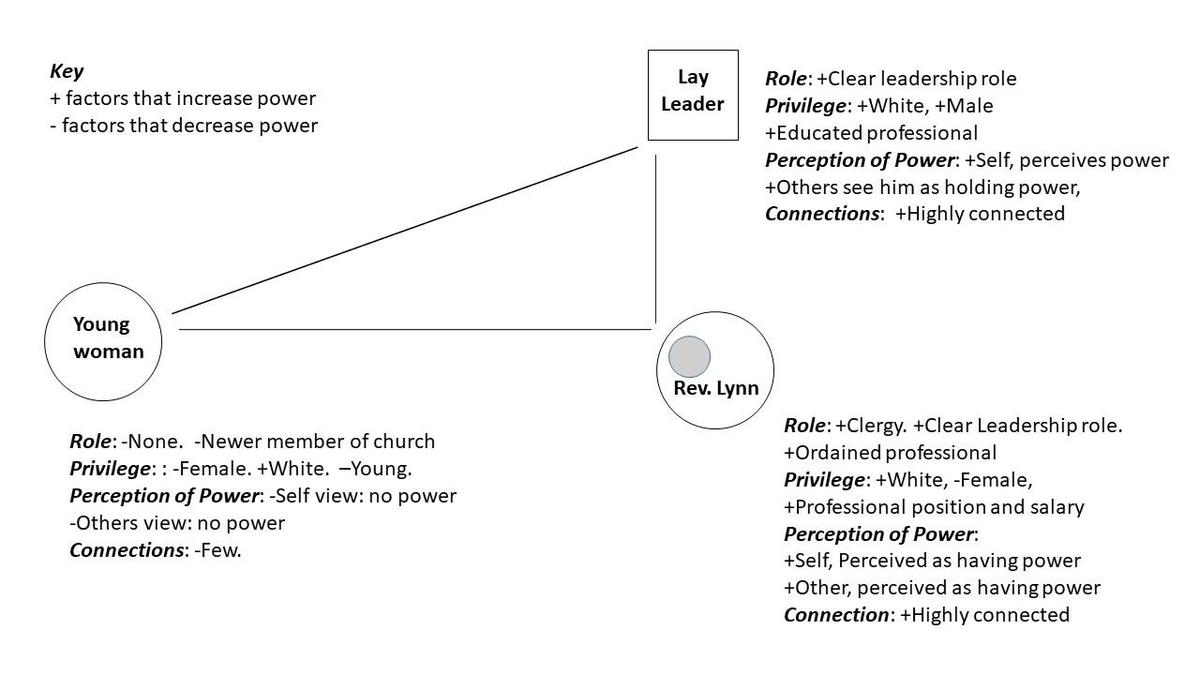 Creating Weighted Triangle diagrams can help you think through power dynamics in relationships. This in turn, can help determine if, when and how to intervene. For example, even though it was easier for me to not confront the male leader, and I initially believed I could do that without a major negative effect on my power, his behavior was not isolated and affected at least one woman with significantly less power. Therefore it couldn’t be ignored and I did need to find a way to address the situation. My lack of response initially may also have affected my power.

How did your diagram affect your own perception of potential responses and your understanding of power dynamics?

Weighted Triangle diagrams are useful to make even in situations like mine, that happened in the past. Thinking through past situations in depth can help us see and understand power dynamics more readily in current situations. This information can help us decide whether we want to shift our own responses and behaviors in the present and future.

Join me next week as I introduce the God of Unhealthy Relational Triangles.